William Powell AM yesterday criticised the Welsh Government for spending £7,625 on a new logo. He unearthed this scandalous factoid by submitting a FOI request asking for “All available information relating to the design/development costs of any logo/symbol/emblems for the new Natural Resources Wales body.”

The Welsh Government responded, as they were obliged to:

The total costs for agreeing the brief for the logo creation, developing and refining creative routes and developing basic visual style were £7,625.

Mr. Powell describes the logo as “an unimpressive multicolored [sic] hexagon” and that he finds it “deeply disappointing and scandalous that the Welsh Government is willing to spend £7,625 of public money on designing a new logo for Natural Resources Wales.” He concludes:

The Welsh Government must learn to be responsible with the public money it spends. While Natural Resources Wales obviously needs a logo, it is simply unacceptable to be spending over seven and a half thousand pounds on it. Given the remit of Natural Resources Wales I regret that more work wasn’t done to engage schools across Wales in the logo’s design.

END_OF_DOCUMENT_TOKEN_TO_BE_REPLACED

If by a “Liberal” they mean someone who looks ahead and not behind, someone who welcomes new ideas without rigid reactions, someone who cares about the welfare of the people — their health, their housing, their schools, their jobs, their civil rights, and their civil liberties — someone who believes we can break through the stalemate and suspicions that grip us in our policies abroad, if that is what they mean by a “Liberal,” then I’m proud to say I’m a “Liberal.”
John F. Kennedy accepting the NY Liberal Party Nomination, 1960

The adoption of the word ‘liberal’ as an insult in right-wing American politics is something I’ve never understood.

Whenever I read one of these Tory stories — which seems to be about every week — I’m always reminded of Buckminster Fuller, who had this to say about the ‘value’ of hard work:

We must do away with the absolutely specious notion that everybody has to earn a living. It is a fact today that one in ten thousand of us can make a technological breakthrough capable of supporting all the rest. The youth of today are absolutely right in recognizing this nonsense of earning a living. We keep inventing jobs because of this false idea that everybody has to be employed at some kind of drudgery because, according to Malthusian-Darwinian theory, he must justify his right to exist. So we have inspectors of inspectors and people making instruments for inspectors to inspect inspectors. The true business of people should be to go back to school and think about whatever it was they were thinking about before somebody came along and told them they had to earn a living.

A man well ahead of his time, and ours.

I’m not really very political, but I thought it would be interesting to get a bit hyperlocal and see how much of a web presence my local wannabe counsellors have. (The actual hyperlocal blog for my area — heathlands.us — seems more interested in organising a street party and setting up a pirate radio station…)

Peter Law writing in WalesOnline says about the Gabalfa lineup:

A difficult ward to call. Lib Dem incumbent Ed Bridges is well regarded and increased his share of the vote four years ago. Labour has a lot of ground to make-up, but may well snatch one of the two seats up for grabs.

Based on their engagement online, these are indeed the only two parties who seem to have any interest in this little ward. END_OF_DOCUMENT_TOKEN_TO_BE_REPLACED

Most of London’s “public” spaces are privately owned, as the Occupy protesters are learning.

At Canary Wharf recently a group of activists wishing to mount a protest were contacted by advertising company JDDecaux, which told them that the space was an “experimental advertising space” for which the daily rate was £4,750. This is a model that looks at space purely as a place for investment rather than as an open democratic forum where people can meet freely and come and go.

[…] As for the area around St Paul’s, it is owned by the church, which traditionally welcomes all members of the public. Today it seems even that is in question.

The situation is much the same on the Internet today, where the ‘digital land’ is owned by big companies like Google and Facebook. You can stage your protests there, only if these corporate giants allow it.

With President Obama and Republican leaders calling for cutting the budget by trillions over the next 10 years, it is worth asking how we got here — from healthy surpluses at the end of the Clinton era, and the promise of future surpluses, to nine straight years of deficits, including the $1.3 trillion shortfall in 2010. The answer is largely the Bush-era tax cuts, war spending in Iraq and Afghanistan, and recessions.

(via How the Deficit Got This Big – nytimes.com) 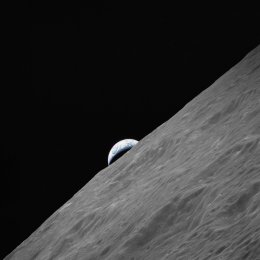 The title of this post is a quote from Arthur C Clarke, whose predictions may have often missed the mark, but his opinions on politics, religion and where we should be headed are always spot on:

‘Today, of course, it seems ludicrous that we could have imagined giant space-stations, orbiting Hilton hotels, and expeditions to Jupiter as early as 2001 …’

He says now, ‘I was there when Spiro Agnew said to Walter Cronkite, immediately after the Apollo 11 launch, that we must go on to Mars. In the event Agnew was lucky not to go to jail! Everybody was very euphoric at the launch. But it fell apart very quickly thanks to Vietnam, Watergate.

via An Interview with Arthur C. Clarke, by Stephen Baxter – clarkeaward.com
END_OF_DOCUMENT_TOKEN_TO_BE_REPLACED

Another brilliant example of BitTorrent being used for good and further proof that the internet makes it harder than ever for big companies and organisations to have complete control over their own message.

The Yes Men pose as corporations, governmental organizations or NGOs they believe are hypocritical or enacting harmful policies. They deliver speeches, send out press releases and set up websites to either take the organization’s policies to what The Yes Men believes are their logical conclusions, or to reverse the organization’s official position.

In theory, the latter is useful as a PR stunt because it forces the organization to step forward and reiterate its potentially unpopular or controversial stance on an issue, thus raising awareness in the public and turning up the heat.

You can download “The Yes Men Fix The World” from Vodo, and find out more at theyesmen.org.

(I love the message in the footer of their site: Take what you want! We live in the Creative Commons.)

END_OF_DOCUMENT_TOKEN_TO_BE_REPLACED

[…] People ignorant of the facts could simply choose not to vote. But instead, it appears that misinformed people often have some of the strongest political opinions. A striking recent example was a study done in the year 2000, led by James Kuklinski of the University of Illinois at Urbana-Champaign. He led an influential experiment in which more than 1,000 Illinois residents were asked questions about welfare — the percentage of the federal budget spent on welfare, the number of people enrolled in the program, the percentage of enrollees who are black, and the average payout. More than half indicated that they were confident that their answers were correct — but in fact only 3 percent of the people got more than half of the questions right. Perhaps more disturbingly, the ones who were the most confident they were right were by and large the ones who knew the least about the topic. (Most of these participants expressed views that suggested a strong antiwelfare bias.)

(via How facts backfire – mobile.boston.com)

I have a strong opinion that it’s predominantly right-wingers and religious nutjobs that suffer from this fact ignorance, and no evidence will convince me otherwise…

Seriously though, I’ve maintained for a while now that we should live in a referendum based democracy where we vote regularly on all the key issues (that we feel strongly enough to vote on), and that each vote has a factual test with it. You have to score above a certain threshold for your vote to count. Or perhaps your vote has a weighted value. It wouldn’t even matter if people cheated and were provided answer sheets by biased parties – they would still have to tell their followers the truth.

(Headline via The Onion, BTW. It’s mentioned in the Boston Globe article, which is well worth a read. I hope it makes you angry.)

Mark Shuttleworth has kicked up a bit of a storm by apparently saying that Linux was “hard to explain to girls”. There is an open letter post about this on the Geek Feminism Blog, followed by a hell of a lot of comments on the subject. It seems to boil down to ‘he didn’t really mean it like that‘, ‘it’s not okay to say that kind of thing, even if you didn’t mean it like that‘ and ‘has anyone seen this video or a transcript anyway?‘

Anyway, I’ve made a little graphic that Ubuntu could use for their 11.10 release if they wanted to tackle this issue. :)

(Please note this was produced with a high level of sarcasm and irony. If you are offended, please look up those words before commenting!)

END_OF_DOCUMENT_TOKEN_TO_BE_REPLACED

Where the British Government’s official figure on the level of illegal filesharing in the UK came from:

And guess where the figure came from: Government > Forrester Research > Jupiter Research > Commissioned by the BPI, the music trade body. This stuff drives me batshit.