tl;dr I was congratulated on Twitter for having a picture of mine published in the South Wales Echo. I was first angry that they hadn’t asked permission, and then confused that I didn’t recognise the picture. It was in fact taken by a Twitter user who has my username in his bio. Derp. 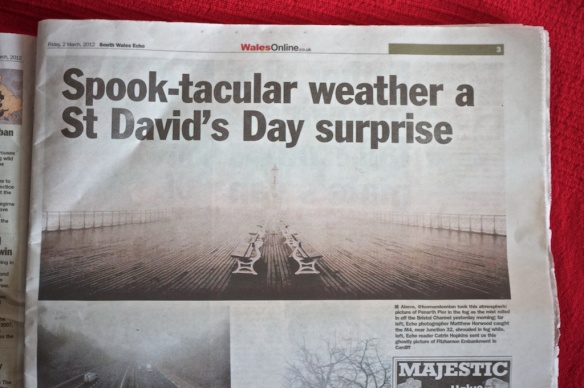 "Above, @foomandoonian took this atmospheric picture of Penarth Pier in the fog as the mist rolled in off the Bristol Channel yesterday morning"

Yesterday afternoon I heard that a picture of mine had been featured in the South Wales Echo.

@foomandoonian Hey nice photo of yours in the Echo today. twitpic.com/8r0zhc

This was news to me. At first I was angry that a picture of mine would be used without my permission. Clearly they had my Twitter handle – how difficult would it have been to ask, and maybe offer a bit of hard cash? So naturally, I had a bit of a moan on Twitter.

So, can the Echo really just use my picture, for free, without asking first? twitpic.com/8r0zhc - What to do?

However, something didn’t smell right. I’ve taken pictures of Penarth Pier and pictures in the fog, but I didn’t recall taking any pictures of Penarth Pier in the fog. And certainly not during the recent fog! I had a fair bit of feedback on Twitter, including multiple suggestions to send along an invoice (and a couple of people who seemed to think that copyright doesn’t exist on the web). Then a bit of detective work got to the bottom of the story.

Amusingly, @Tulstar is someone I have encountered before on Twitter. He has been using my Twitter dragon design* as his avatar for a while now, and even though I didn’t ask him to he kindly added my Twitter handle to his bio as a credit.

I can only assume that someone at the Echo doesn’t understand Twitter, somehow confused our usernames and wrongly assigned the credit to me. Details, eh?

Wales Online had this to say:

@Tulstar @foomandoonian We've realised that due to an error, we used your picture in today's SW Echo. Apologies for caption and not asking.

Meh. I wasted a perfectly good 50p and I don’t even get to be indignant at a minor tabloid!

Anyway, here’s a nice picture I actually did take in The Great St. David’s Day Fog of 2012. 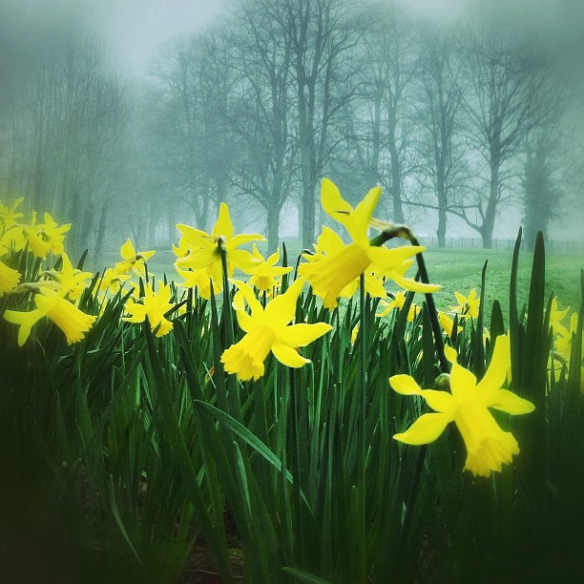 * Actually, he’s using a work-in-progress version of my Twitter dragon, but that’s okay.

And here’s the body copy in full, if you’re curious. 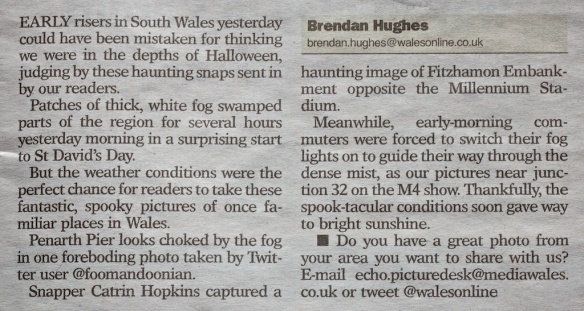