I just created a special navigation page for this blog that makes pretty good use of the WordPress.com [archives] shortcode.

It looks pretty good on this Twenty Eleven theme using the full-width ‘Showcase template’, but it should work just fine on any WordPress blog. Just grab the code below and give it a try. END_OF_DOCUMENT_TOKEN_TO_BE_REPLACED

Some fan has uploaded the out-of-print Blade Runner Sketchbook (1982) to Issuu. Sadly it doesn’t seem like you can download the PDF from there, so go and appreciate it before it vanishes! There are more Blade Runner goodies from the uploader at the Future Noir Tumblr blog.

END_OF_DOCUMENT_TOKEN_TO_BE_REPLACED

People who have followed me on Twitter or this blog for a while may be aware that back in June 2009 I started a Flickr photography group called Thing a Week. The concept is quite simple: To take a picture on a different theme every week.

Now the group is under new management and has a snazzy new website, it seemed like the perfect time for me to get all nostalgic.

END_OF_DOCUMENT_TOKEN_TO_BE_REPLACED

This is a neat Wikipedia idea that’s been getting a lot of press today.[1] 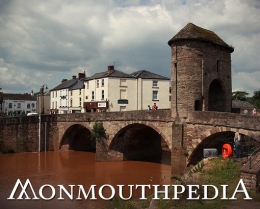 Monmouthpedia will be the first Wikipedia project to cover a whole town, creating articles on interesting and notable places, people, artefacts, flora, fauna and other things in Monmouth in as many languages as possible including Welsh.

We are very keen for local people to be involved in what ever way they would like. Computer skills are not that important, it’s the interest and the willingness to be involved, suggesting and writing articles, taking and donating photos and recommending good reference materials. If you speak another language it would be great place to practice your writing skills and learn new vocabulary and grammar. There are a lot of opportunities for community involvement including teaching and learning of I.T skills, local history, natural history, languages and people of different ages working together.[2]

I can see a couple of drawbacks however.

END_OF_DOCUMENT_TOKEN_TO_BE_REPLACED

I think I already knew this, but massive hat-tip to Gavin Rothery (@GavRov) and friend for digging up this little tidbit.

END_OF_DOCUMENT_TOKEN_TO_BE_REPLACED

I don’t typically make new year’s resolutions, but for 2012 I do have one ambition:

*One deliberate caveat: The film will be very short, with just one or two characters, a simple premise and no real budget. I have no ideas yet, but I want to keep it simple and get it done!

“One Rat Short” is a work of love Directed by Alex Weil and created by Charlex Films. From the start we decided not to use anthropomorphic animation. We decided it would take place in two worlds: one so gritty, grimy and dark that the viewer needs to peer into the screen in order to make out the images and the other a sterile white world so brightly lit that you feel the need to turn your head away from the screen. One of the techniques we used was to give a lot of the camera work a hand-held feel and to keep it a little behind the action so that the scenes didn’t seem staged. Lastly and most importantly we kept the story simple and tried to give it heart. The film picked up honors at numerous film festivals, including Best of Show at the Siggraph Computer Animation Festival.

Professors Steve H. Hanke and Richard Conn Henry at Johns Hopkins University are proposing a new calendar in which each date falls on the same day of the week as it did the year before.

“All of the major (other calendars) have involved breaking the seven-day cycle of the week, which is not acceptable to many people because it violates the Fourth Commandment about keeping the Sabbath Day,” Henry says. “Our version never breaks that cycle.”

The two men also propose eliminating time zones and adopting a universal time around the world to streamline international business.

I love it. It’ll never happen.

END_OF_DOCUMENT_TOKEN_TO_BE_REPLACED

A race around the globe.

Bob tells the story of a little hamster that tries to follow his true love around the globe. Can he catch up?

Erik Spiekermann explains how he does what he does, and why.

The Atlantic have taken up my campaign against crap infographics:

Now that Obama’s dog has won the War on Christmas, or something, it’s time to get down to a war that really matters: the war on terrible, lying infographics, which have become endemic in the blogosphere, and constantly threaten to break out into epidemic or even pandemic status.

The reservoir of this disease of erroneous infographics is internet marketers who don’t care whether the information in their graphics is right … just so long as you link it. As a Christmas present to, well, everyone, I’m issuing a plea to bloggers to help stop this plague in its track.

END_OF_DOCUMENT_TOKEN_TO_BE_REPLACED

I’ve had a busy evening on Twitter! I recently made a Christmas cracker hat for my Twitter avatar, and I offered to do the same for any of my followers who were interested.

There were a few takers…

END_OF_DOCUMENT_TOKEN_TO_BE_REPLACED

(via Penarth house is transformed after renovation – walesonline.co.uk)

Social Times yesterday posted an infographic (sponsored by AssistedLivingToday – slogan: ‘Information you can trust’). They introduce it by highlighting the most interesting statistic, which will be the focus of this blog post.

According to a fascinating infographic entitled “How Social Media is Ruining Our Minds,” over the course of the last ten years the average attention span has dropped from 12 minutes to a staggeringly short 5 seconds. As a person deeply ensconced in this connected age my experience shows this to be true. These days, we give a YouTube video just a few seconds to determine if it’s worth it. So what else does social media and technology affect within our minds?

This is the relevant section of the infographic:

Shocking yes? Perhaps a little too shocking to be true?

END_OF_DOCUMENT_TOKEN_TO_BE_REPLACED

The infinite possibilities each day holds should stagger the mind. The sheer number of experiences I could have is uncountable, breathtaking, and I'm sitting here refreshing my inbox. We live trapped in loops, reliving a few days over and over, and we envision only a handful of paths laid out before us. We see the same things every day, we respond the same way, we think the same thoughts, each day a slight variation on the last, every moment smoothly following the gentle curves of societal norms. We act like if we just get through today, tomorrow our dreams will come back to us.

Profundity from an old xkcd.

END_OF_DOCUMENT_TOKEN_TO_BE_REPLACED

From the BBC Wales Music blog:

A photographer turns up at a venue somewhere in Britain in order to take shots of the new hot act, The Indubitable Idiots. She’s got a photo pass from The Idiots’ press company, but on arriving at the venue is presented with a piece of paper she must sign before being allowed in.

It’s in impenetrable legalese, but a quick read confirms that once the concert is over, she must hand raw and edited photos of the band to the management, that the copyright in the photos is no longer hers and that the band now own all that work. She can never use those photos ever again to make money.

Oh, and by the way, she also takes on her back all legal responsibility for future misuse of those photos.

This type of agreement, presented to legally-untrained photographers to sign at the last minute, might seem far-fetched, but it’s a phenomenon that has come to the fore in America and Britain over the past few years. It’s something that photographers are railing against, and which has seen the management of some of the world’s biggest artists actually back down in the face of complaints.

A brilliant summary of design. Kind of a taster.

I won’t reiterate all the details of the Frozen Planet fakery ‘scandal’ that’s gotten the BBC into a bit of trouble recently, but I do think that documentaries should be more open about the techniques used in filming and editing, just as a matter of principle.

END_OF_DOCUMENT_TOKEN_TO_BE_REPLACED

Illuniverse is ‘the first illustrated universe on the web. The main idea is to create a universe full of planets and stars created by the worlds best illustrators and designers.’