Site administrators use CAPTCHAs to prevent automated scripts from performing certain functions, such as creating an account, sending email to a distribution list, or participating in a discussion thread.

That’s fine, as far as it goes. But, frankly, I’d also like to see certain people on the Internet prevented from doing certain things. You know, like: logging onto the Internet. 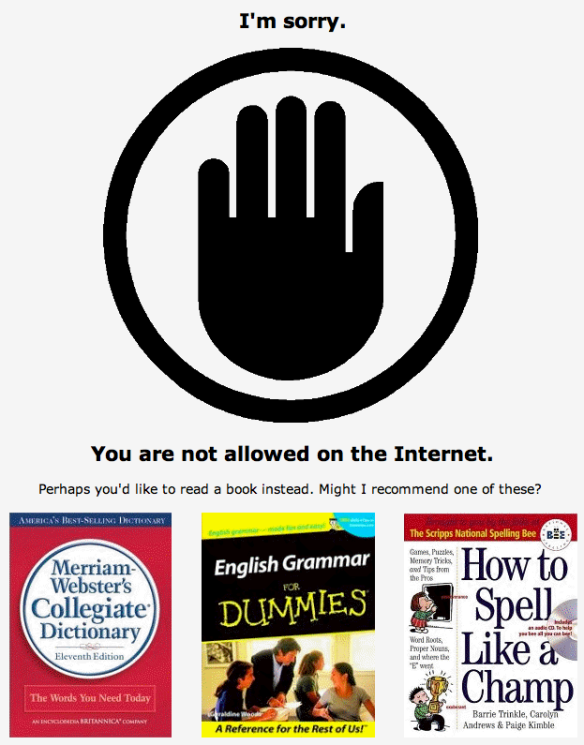 EDITED to mention: Chris Au on Twitter pointed out that to enter the chatrooms on Kingdom of Loathing, you have to fill out a similar form: