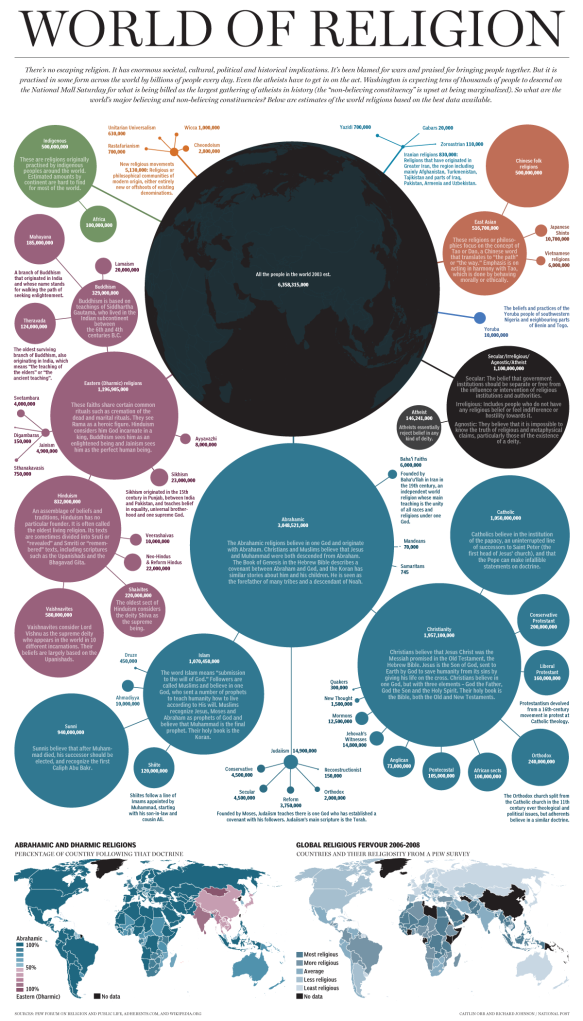 More info. via The Guardian:

The main chart accounts for the religious (or non-religious) leanings of every person on the planet. It takes a layered approach, initially using broad categories such as Abrahamic and Dharmic religions and secularism, before breaking them down into individual sub-groups. The figures show that Christianity has the most adherents, while non-religious groups and Islam are the second and third largest respectively. Two smaller graphics show the geographical distribution of different religious belief systems and the level of religious fervour in different countries.

1 thought on “World of religion”