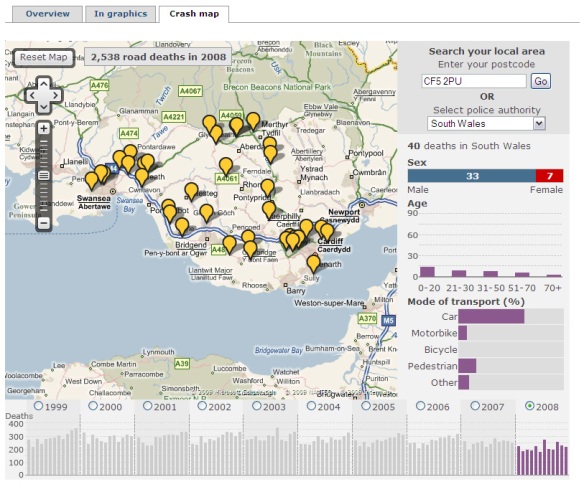 From the BBC's Crash feature:

In 2008, 2,538 people died on Britain's roads, on average nearly seven every day. Using official data released by the Department of Transport, this map plots the location of every fatal road crash in Great Britain between 1999 and 2008, a total of 32,298 deaths.

It is also fascinating to explore the infographics:

New drivers aged between 17 and 25 stand out. Passing a driving test does not provide the necessary experience and judgments needed for today’s busy roads. The hourly distribution has high numbers between 10pm and 2am, implying partying, drinking and lower levels of seat belt use.

3 thoughts on “BBC Interactive map: A decade of road deaths”